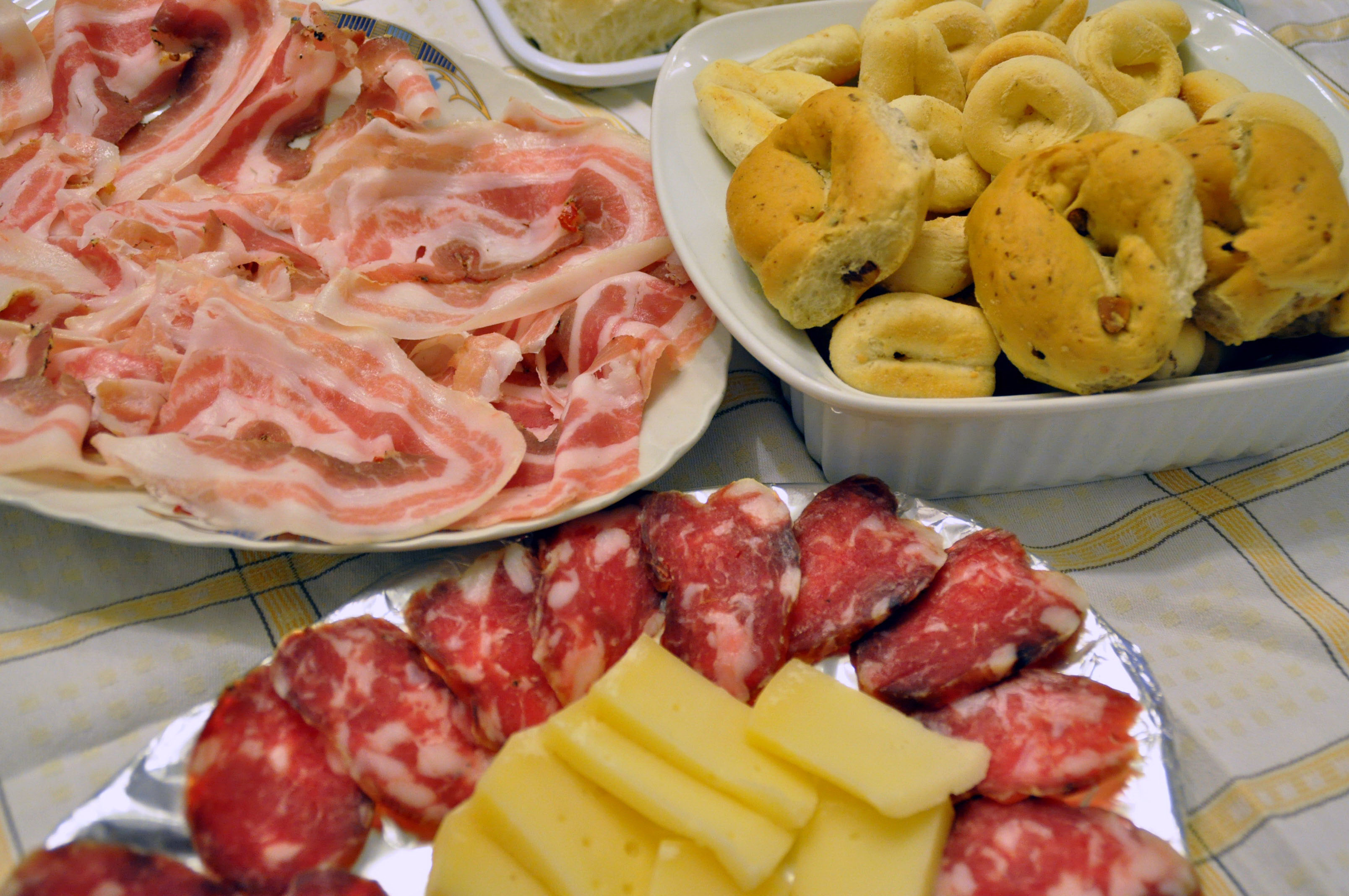 The history of our food is a significant part of our past, a bundle of knowledge that defies time. Agerola was famous to produce "very healthy milk" already at the time of Galen. Fiordilatte is a fresh spun cheese with ancient traditions. A unique product for freshness and taste just as caciocavallo, provola, ricotta and other de-licacies, especially the Provolone del Monaco D.O.P. The Agerolese, indigenous breed, cows’ milk is unique thanks to its organoleptic cha¬racteristics. Agerola's cured meats enjoyed a great reputa¬tion as early as 1284 when the King of Naples, Charles I of Anjou, appreciating the taste, began to buy it in large quantities. Famous are salame, bacon, raw ham, sausage and the cured seaso¬ned lard produced from locally grown pigs. The tarallo and hard bread (biscottato) are among Agerola (where their recipe was in¬vented) oldest traditional products and whe¬re, over the years, continue to be produced according to ancient techniques and ancient ingredients. They are consumed, mostly wet, in water for a few seconds, and also in milk for breakfast. In Agerola there is a variety of pear, dark green, round with sweet taste, called "pear Pennata", considered one of the best ecotypes of pear. The Agerolese Hills cherry tomato is cultivated at an altitude of over 600 meters, round with a small lace, red, very sweet, pulpy, thick and leathery-skin, it's gathered in very long clusters (one meter). The best to prepare delicious sauces.

Capicollo, or “capocollo” is a packed product made of meat cut from the back of the pig’s neck fro...

In Agerola pigs are raised on natural products such as corn, bran and acorns; it’s with the best p...

The custom of eating bacon (pancetta) is very ancient, and it goes back to the roman era since at ...

Pig meat sausage produced in Agerola is very appreciated and famous for its peculiar taste and tra...

The whole meal, rye and corn biscuits belong to one of the oldest traditional pr...

Agerola is the only place where the recipe of a fennel tarallo, named by the town’s name, ...

One of the most ancient blend recipes is the liquore di gelse rosse, ‘r ceveze ross’, which is pro...

Mirtos grow wild in the mountains of Agerola. These berries are the liquore di mirtillo’s main ing...

Fragolino is also known as “rosolio di fragole”, it is an ancient Agerola specialty. It’s a dark, ...

Nocillo or nocino is an ancient blend, dark in color and with a very high gradation of about 40°. ...

The Lattari Mountains constitute the ridge of the Sorrentino Peninsula between the Province of Nap...

Caciocavallo is a spun dough cheese with ancient origins whose  name derives from the ancient...

It’s a cheese that shares with Fiordilatte the ancient origin and the production techniques that a...

The "Provolone del Monaco DOP" is a semi-hard cheese made ​​of spun paste produced in Agerola excl...

The word ricotta derives from the Latin “recoctus”, which means re-cooking of the whey after the p...

A thick jam made ​​from the pulp of pennata pear, small, dark green, rounded, mellow and sweet fla...

“Tubbiona” is an apple that has been cultivated in Agerola since ancient times. It has not very la...

“Pera Mast’Antuon” is a very small pear, round, with a short stalk. The color is yellowish with br...

Rape broccoli or turnips cultivated in Agerola are also called “friarielli”, because they are frie...

Mela limoncella is a fruit with an irregular shape, somewhere between ellipsoidal and cylindrical ...

The " Piennolo Tomato " , the "Patanara" ecotype , is one of the most typical products of Ageroles...

The Castagna di Agerola  also known as Palummella is a vigorous plant that germinates in May ...

The presence of hazelnut in Campania in ancient times is confirmed by the finding of carbonized haze...

A dark green pear, with a roundish shape and a sweet and pasty taste is produced in Agerola, its n...

Our production, characterized by precocious maturity is famous in the main markets because the env...