FROM PAIPO TO MT. DI MEZZO 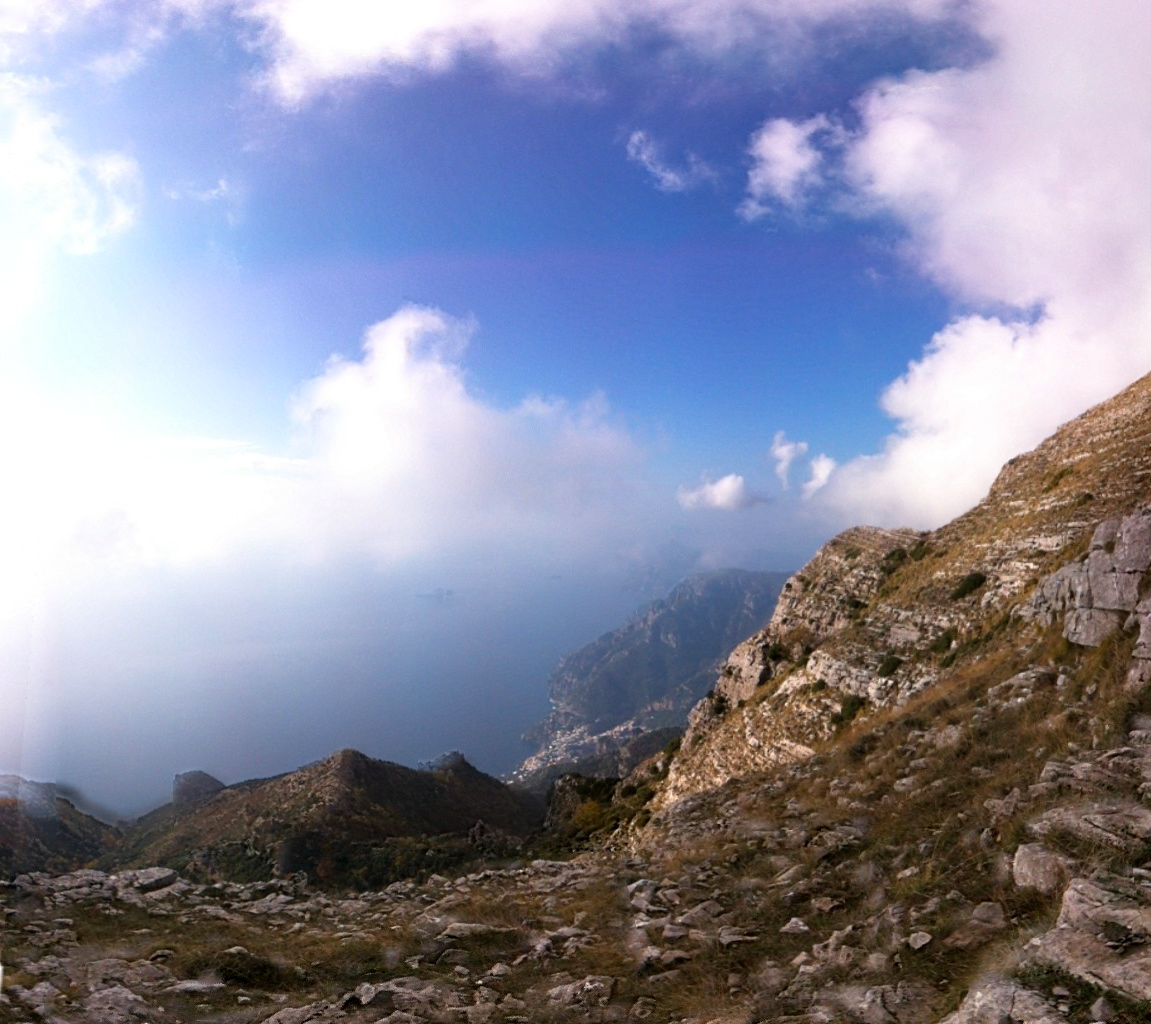 A climb for experienced hikers that takes you to the middle peak of Tre Pizzi (1350 m). The effort will be rewarded with high values of geological and botanical interest along the path, and above all, with stupendous panoramic views of a good portion of Campania.

Path information
This is a harsh and ill-marked path which we advise only for those practiced in climbing, and who have the capacity for good orienteering. From Paipo di Casino, continue to the end where the asphalt becomes dirt. Then after an initial incline, you can clamber along the stone path that leads to the 'mushroom' rock of Capo Muro.
From here, turn left in a northerly direction and you are confronted with a free climb of the southern edge of Mt. Catello (1393 m), following its slight curvature to the west.
Before reaching the summit at about 1300 m, you will leave the edge followed so far ,to deviate to the left. Go over a spur stretching towards the southwest at an altitude of 1331 m, of which came away during the landslide described in Path 3, and heading north, will take you to the plateau at an elevation of 1335 m, which separates the summit of Mt. Catello, from the summit of Mt. Di Mezzo. Finally on this climb from the sharp, steep ridge running from the plateau, return via the same path.

Valuable information and points of interest
The significance of this trip lies mainly in its 'sport' and therefore in the satisfaction of being able to reach a peak with steep sides, and fairly sharp ridges made up of small, rocky dividing walls, which sometimes require the use of your hands.
The layered, sub-horizontal rocks and shoals on which you walk, are of early Cretaceous marine limestone, rich in fossils (bivalve species of the genus Requienia), and toward the peaks it is lined by small marbled levels. The steppe vegetation is reduced to patches and isolated trees that exploit the soil trapped in fissures and karst formations.
Of interest is the view from the of the large landslide that collapsed a few years ago, broken away from the Mt. Catello rock summit on the southwest side, which gave rise to an avalanche of debris that accumulated in the underlying Vallone Porto, fortunately without reaching populated areas.
After remembering that similar terrain and panorama are admired only by standing still, let's say that the track from Capo Muro, at around 1200 m, offers an ample visual over Agerola and Mt. Tre Calli, including the underlying coastal embankment between Vettica Maggiore and Positano. From the summit of Mt. Mezzo, you can admire from up close, the other culminations of Tre Pizzi and at a greater distance, the sweeping views over Naples, Vesuvius, the Plains of Pompeii, the easterly portion of Mt. Lattari, the Gulf of Salerno and elevated reliefs that surround it.