FROM CANEGLIO TO FERRIERE VALLEY AND AMALFI 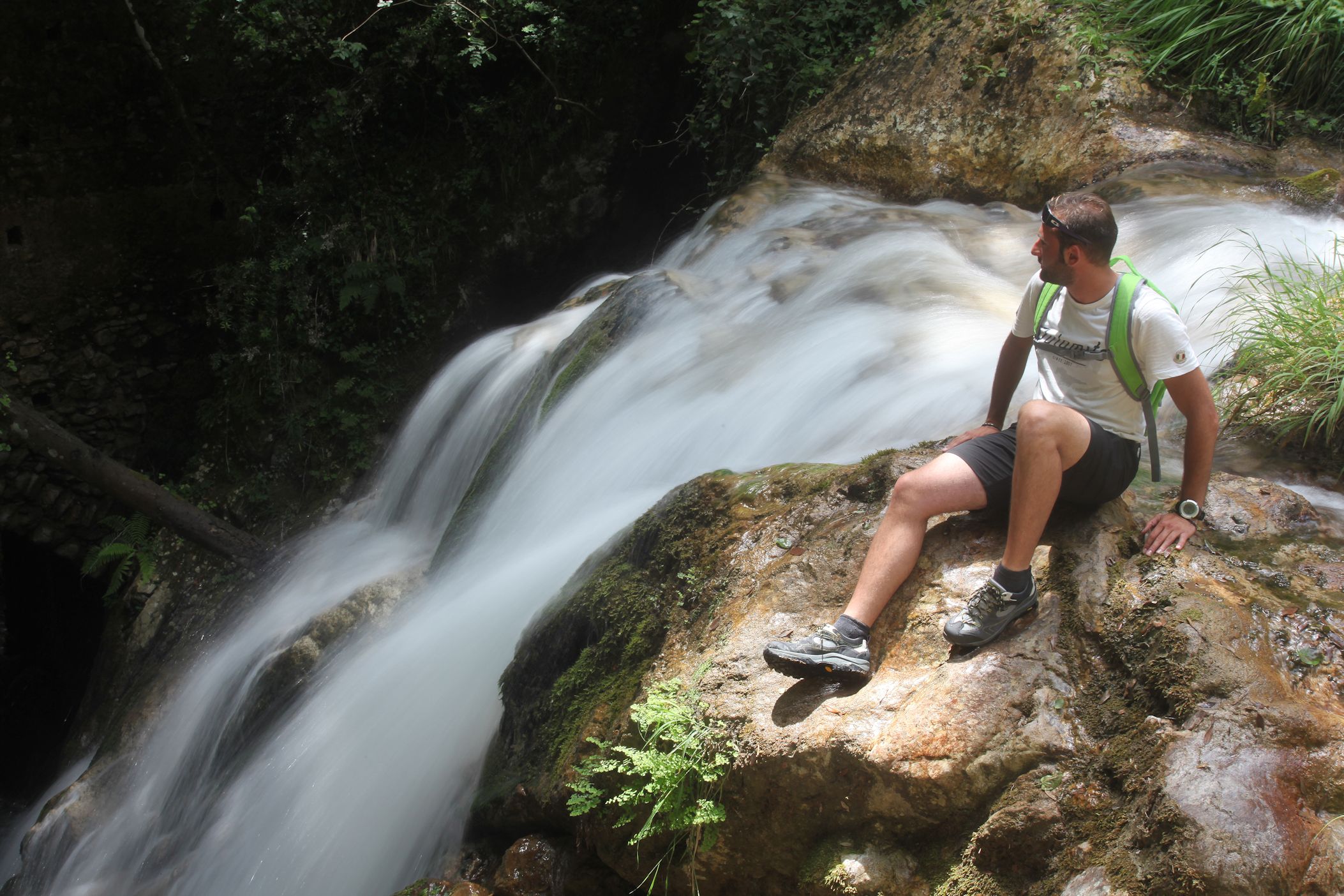 An excursion not to be missed that takes in the splendid canyon of Valle della Ferriere: home to a vast, untouched Natural Reserve with diverse, endemic and rare species, both of flora and fauna. Walking down along the gurgling River Conneto, you will admire waterfalls and also ancient ruins of watermills, paper mills and foundries, to finally reach the interesting historical center of Amalfi.

Path information
Reached by car or on foot, the area of Caneglio (on via Panoramica), near to the La Taverna Restaurant, you will take the mule track that rises on the saddle between Monte and Mt. Murillo.
After reaching the summit you come to a crossroads, where you will need to take the only downhill path on the right that after a few downhill turns and a long, wide dirt road, leads to the end of the valley of Nespola. Then cross up on the opposite side, paying attention to the markings in red paint, placed on the rocks along the path.
After passing a chestnut grove, the path opens onto a clearing characterized by the presence of Bracken fern and cut coppice. Continue on the narrow mule track without taking any deviations, until entering again into the woods. Then after a few meters, you will enter a narrow, downhill mule track, with a predominantly rocky surface.
After 500 m downhill, you have a junction where you must take the left, walking down along the scree slope to encounter the Acquolella spring. Continuing downhill and at the junction you will take the left for a path that becomes even more narrow and impracticable. Without being confused by the crossroads of ephemeral paths created by the passage of mules, continue downhill until you reach a little area with a panorama looking down into the high Valle della Ferriere. Thereafter, descend within the chestnut grove along the left side, until meeting to the left, the path, that from Pogerola, leads you to the spring of Fico a Noce. A metal sign engraved upon it the name 'Giustino Fortunato', indicates the place where you must take the downhill path into the valley. After a brief stretch you follow the first tributary of the River Ceraso, the principle course of the Valle delle Ferriere. Follow the only narrow path that leads to the heart of the valley.
Arriving at the plain, you will leave the River Ceraso, continue on the path that runs alongside the old aqueduct leading to Amalfi, passing the remains of paper mills, of a foundry and of an old, restored hydroelectric plant, with a museum. Turning left however, you will arrive at area of the Reserve, under 'maximum protection', visited only if authorized and accompanied by an official Forest Ranger (see cap. 4), or by their delegates. For this, contact the Pro Loco or the Path of the Gods Association. For the return to Agerola you can take the SITA bus service, with a connection in Amalfi.

Valuable information and points of interest
In the initial uphill track you can admire a panorama that has at first glance, the Conca di Agerola with the background of the 'fissure' cut by the Rio Penise and the sea. The sudden truncation was created by tectonic subsidence, which also created the Gulf of Salerno . More extensive views over the Gulf and its coast, are enjoyed further on, when passing along the south side of Mt. Molignano. Meanwhile, you will pass between dense Chestnut groves, and on more the rocky, sunny track, mingle among the scrub, mixed and scrubland. Further on you will overlook the Valle delle Ferriere, a canyon of 800 m deep, that the rain water and springs have carved into the hard, Cretaceous and Jurassic limestone, at an average rate of about half a millimeter per year. In addition to this almost alpine landscape and the ruins of ancient water mills, the valley is famous for the peculiarity of its flora. The micro-climate varies from point to point and the placement of mountain sides often outweighs the altitude. As a consequence, there exists a phenomena of 'vegetation inversion' with the Alder and Hornbeam descending to the valley floor, and in contrast, garrigue rises to mountainous elevations.
In the area of the waterfalls, the micro climate of the valley floor is favorable to almost sub-tropical vegetation (lovers of shade and humidity), from which shoot three species of fern: the Great Woodwardia radicans (which survived the cold of the last glaciations) and the smaller Pteris vittata and Pteris cretica.
In the same area, near some small springs charged with calcium bicarbonate, you see some formations of travertine that encrusted and petrified grasses and mosses. The river waters are home to, among others, various amphibians including newts, the spotted salamander and the rare, spectacled salamander; little animals that enter the diet of otters that frequent the river pools and more secluded valley springs.
Leaving the valley in the direction of Amalfi, you will encounter various fascinating ruins of ancient factories (from medieval times to the nineteenth century) that drew their power from the water. We are talking about paper mills, mills and foundries. At the latter, the water would fall with such a force into the wells, that it was also able to create a wind that was directed onto the embers, used to heat and melt iron. To those who would wish to learn more of the paper mills, we suggest that you include an invaluable visit to Amalfi, with a stop at the Paper Museum .