FROM GALLERY TO THE CASTRUM OF PINO 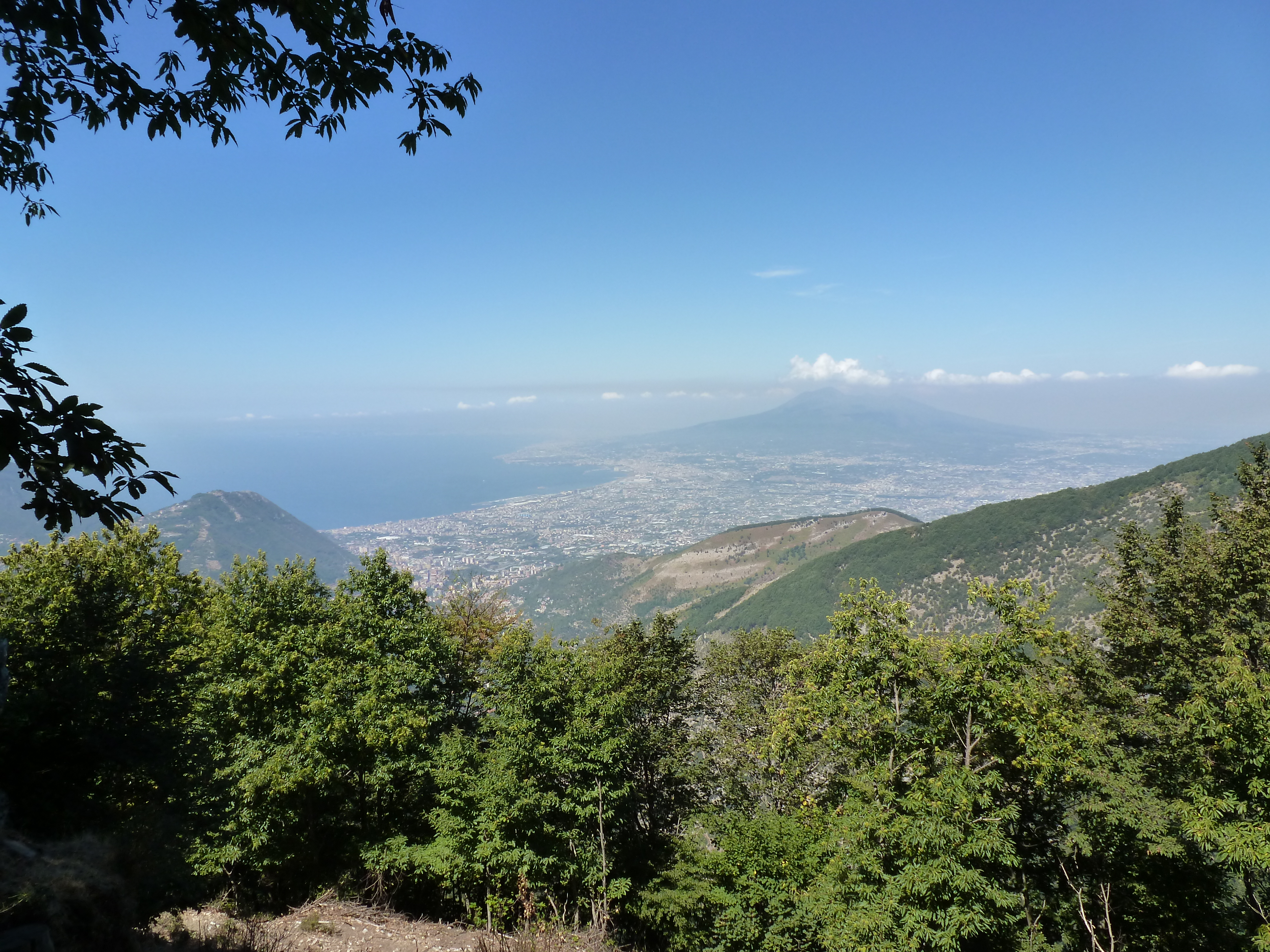 An excursion for everyone that crosses the rolling hills and woodlands to discover a forgotten gem from the monumental legacy of the independent Duchy of Amalfi: the beautiful church of Madonna di Pino, surrounded by ruins of what was once a fortified hamlet (castrum), to defend the northern border of the ancient Maritime Republic.

Although it is more pleasant to reach Pino walking down from Acqua Fredda (Path 6), along the ridge of Colle Carpineto, for a more easy route here, it is suggested that you arrive from the dirt road that starts in the area of Muraglione. The latter is reached from Agerola crossing the tunnel for Gragnano, and deviating right, immediately after you exit. After about 200 m, you are at a large road from which you will leave to the left onto the dirt road above. It brings you comfortably to a saddle that is immediately east of Colle di Pino, which at the summit is marked by the whitish church of St. Maria, you will arrive at a well-marked path on the left.

Valuable information ​​and points of interest

The path crosses a series of ridges and valleys among vast Chestnut coppice that gives way to the relics of the original mixed woodland, only along the slopes and cliffs (cfr. par. 2.3). From the most exposed point, one can admire the wide panorama that goes from the summits of Tre Pizzi and Faito, at the valley that accommodates Pimonte and Gragnano with Ischia, and the Gulf of Naples and Vesuvius in the background. But the principle value of this excursion is both historical and artistic, in so far as you visit all that remains of Castrum Pini, a fortified hamlet built in the middle of the tenth century to protect the valley from eventual attacks designed to reach the heart of the Duchy, passing nearby the neighboring Agerolesi Crocelle, St. Angelo a Jugo and Imbarrata.

The site selected was a rocky, elongated hill, well defended on three sides by cliffs and dominating the valley below. The hamlet occupied the entire summit of the hill and was surrounded by a wall and towers (there are minor remnants, half hidden by bushes), and in it they, and even the farmers that lived in the surrounding farms, could find refuge in case of attack. From the highest point of the hill you will notice the remains of the foot of the main base of the tower (the central tower of the castle), and of a nearby covered cistern. A few meters over to the west, emerges the recently restored church of St. Maria Pino, in the form that it took in the XIII century.

It has an almost square foot print, with nine vaults (in three rows of three) of which the centre rests on four pillars. The north side has a transept of three, deep apses (that look almost like guard towers overlooking the valley below) and it covers a interesting crypt area. Two unequal apses are also on the east side of the building and rise, maybe from an earlier ancient period. The building is equally suggestive both from the natural context from which it emerges, and for the use of the different areas (ample vaults, protruding apses and hemispherical domes and bells).