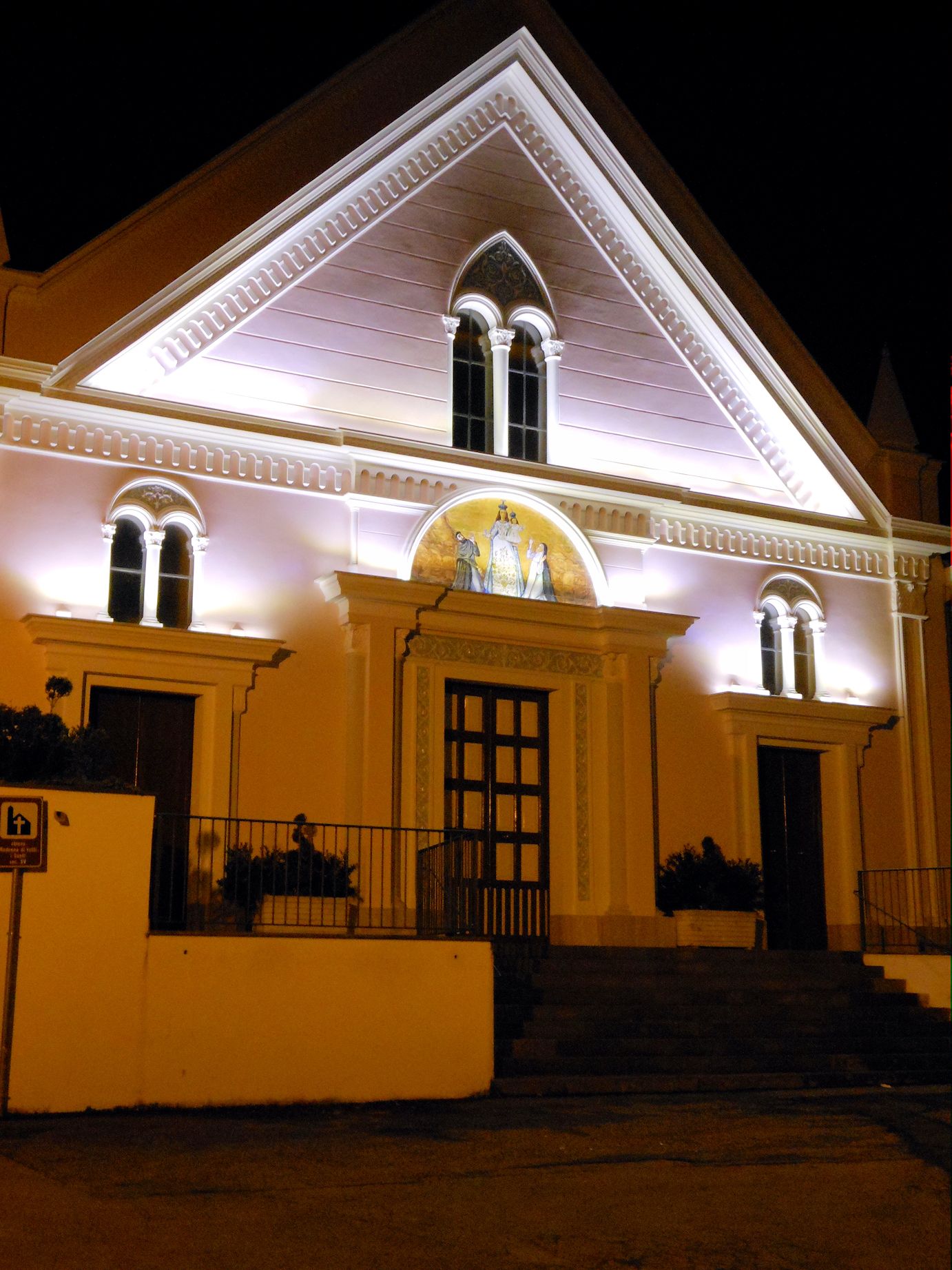 Are scarce and fragmented news regarding the founding and evolution of the church dedicated to All Saints. It would seem that already exists in the second half of the fifteenth century, when there was probably a chapel or small church where they worshiped the Virgin. From the time of the alleged origin , dated to around four hundred by the discovery of a fragment of a fresco that about two centuries after it was exquisitely restored and preciously guarded , there is no news until the nineteenth century. And ' this century due to the construction of the wooden roof , and other interventions related to it . Recently ended a restoration that has enhanced the factory in its entirety.
The church houses the precious fragment of a fresco depicting the Madonna delle Grazie , attributed to a late Gothic painter whose painting style was affected by the influence of Giovanni da Gaeta. The fresco was detached at first with a piece of masonry wall below and placed in 1625 by the painter Michael Ragoglia in the table he realized that depicted Pope and St. Peter Saints. The room has a ceiling in the center of the canvas modest invoice dated 1805 depicting the Madonna of the Rosary of St. Dominic and St. Rose ; the painting is important because it depicts the members of the Congregation of SS.Rosario , still active . The fine nineteenth-century wooden ceiling decorated with bunches was recovered in the last two decades as a result of a restoration that has discovered underneath a mediocre painting depicting the lives of saints.