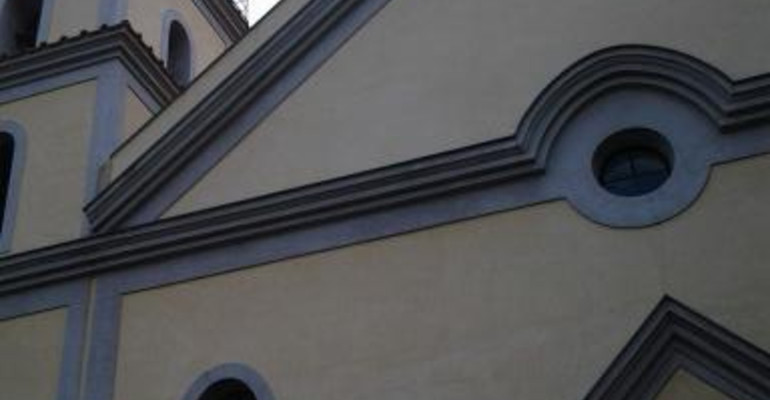 Located in the square named after General Avitabile , closes elegantly , with its simple facade , the fifth on the corner of the old entrance to the stables of the castle of the general.

The church, dedicated to SS. Annunziata , was built on the site of the destroyed temple dedicated to St. Lazarus ; there is little news on the date of its foundation and ecclesiastical acts and administrative shows that in 1605 housed the congregation of SS. Sacramento that , about a century later annexed the two congregations of the Rosary and the Dead.

Following the laws of suppression of religious orders , dating back to the dawn of the nineteenth century, some ornaments from the historic Convent of Cospiti , were transferred in 1812 at the behest of Mayor Thomas Acampora , in the church of SS. Annunziata . Until a few years ago , at the base of the bell tower , which was located a edicoletta origin staying in four crosses of wood and then there was set a cross donated by a private individual to the church , now removed from the original site , is placed on the altar of the church .

It has three naves separated by piers that set elegant arches . The aisles show , on the left , where there is an altar with a reliquary sculpture of Christ Deposed and , right, a marble altar surmounted by a niche that houses the statue of St. Gregory on the right wall and the statue of St. Francis , from the destroyed monastery Cospiti . To the right is greater dell'alare mail , on a metal stand , a double-sided marble cross , dating from the fourteenth century , which also comes from the Franciscan convent.