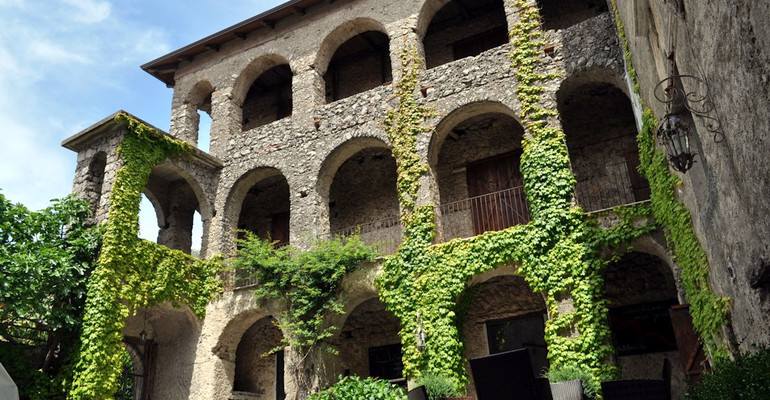 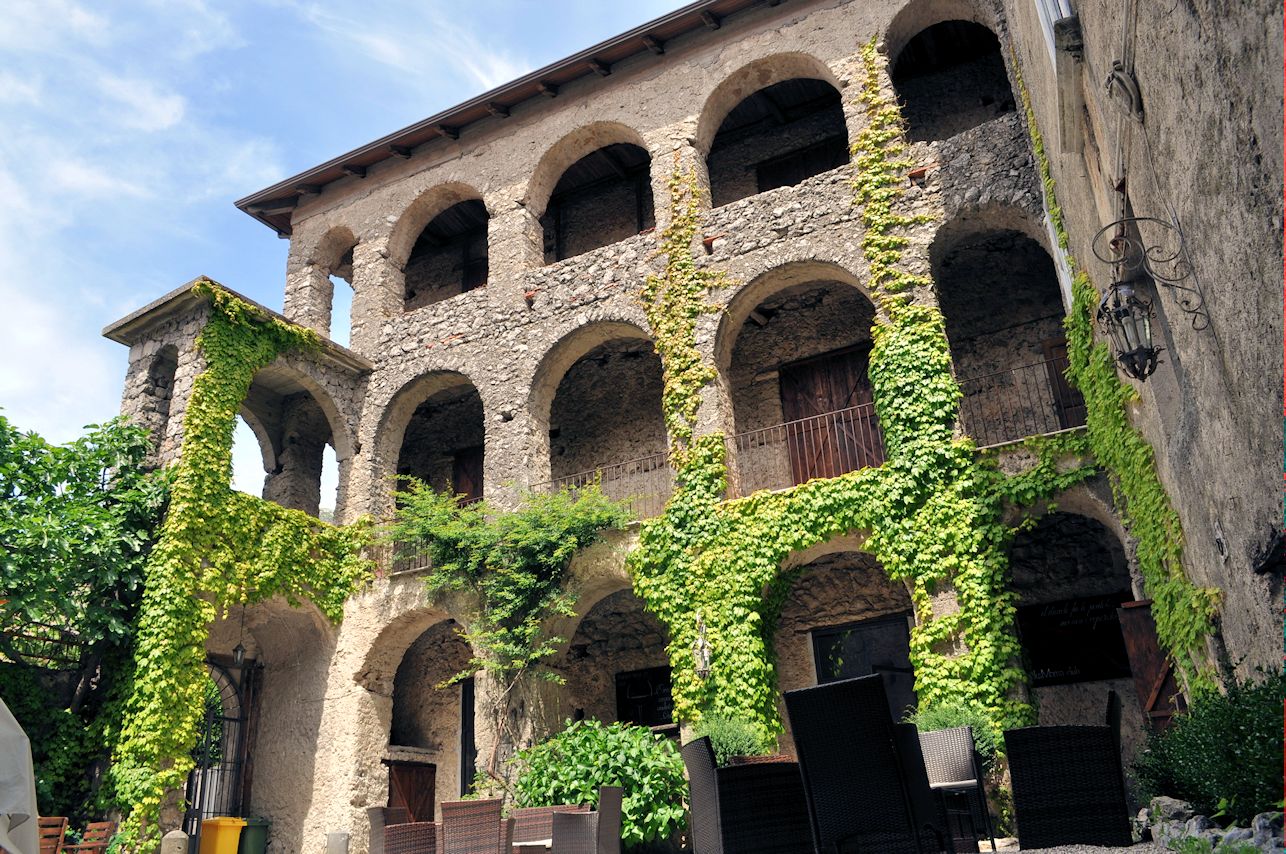 Acampora Palace, dating from the eighteenth century is one of the rare examples of Palladian architecture and dwelling high Amalfi Coast. Residence for over two hundred years of Acampora of Corfu, the family as evidenced by the predicate of Corfu has its origins in the noble families who, during the Venetian rule lasted until the Greek island to more than half of the eighteenth century , dominated the island itself. The bond with the lagoon city is also witnessed by some glass paste mosaics , which are present in the palace, from Murano and dating from the late nineteenth century , in which you praise the virtues and the origins of the family Acampora and in particular the cavalier Francis.
Corfu is linked to the domain, most likely, one of the two coats of arms of the family; one above the chapel in the parish church of Acampora of St. Matthew the Apostle in Bomerano (also painted on the big hearth of the kitchen of the noble), showing two young pigeons, to the base of a large pine tree. The second (antique silver lily on a blue field), Bourbon granting , later than the previous one, is placed at the top of the main door of the building and also painted the entrance of the town.
The scene of a fascinating family saga, which has tragically affected also the figure of General Avitabile, the story of the house Acampora have significantly influenced the history of the high coast throughout the nineteenth century to the first decades of the twentieth.
Distinguished personalities from the worlds of politics and culture of the early twentieth century, were regular guests of Palazzo Acampora. These include the Maestro Francesco Cilea who, with his wife Rose Marchesa , usually spent his summer vacation Agerola guest of the family, (his famous notes still ringing on the grand piano in the ballroom) and the brotherly friend Mr Enrico De Nicholas, later the first president of the newly formed Italian Republic.
At a distance of a century, a careful and passionate restoration by the last descendants of the family, returned to its former splendor the historic apartment (together with original furnishings, frescoes, the false polychrome marbles and paintings of the Pallegiani ), the cellars, the court, the beautiful staircase in Naples.