FROM GEMINI TO SCALA AND RAVELLO THROUGH COLLE S. ANGEL 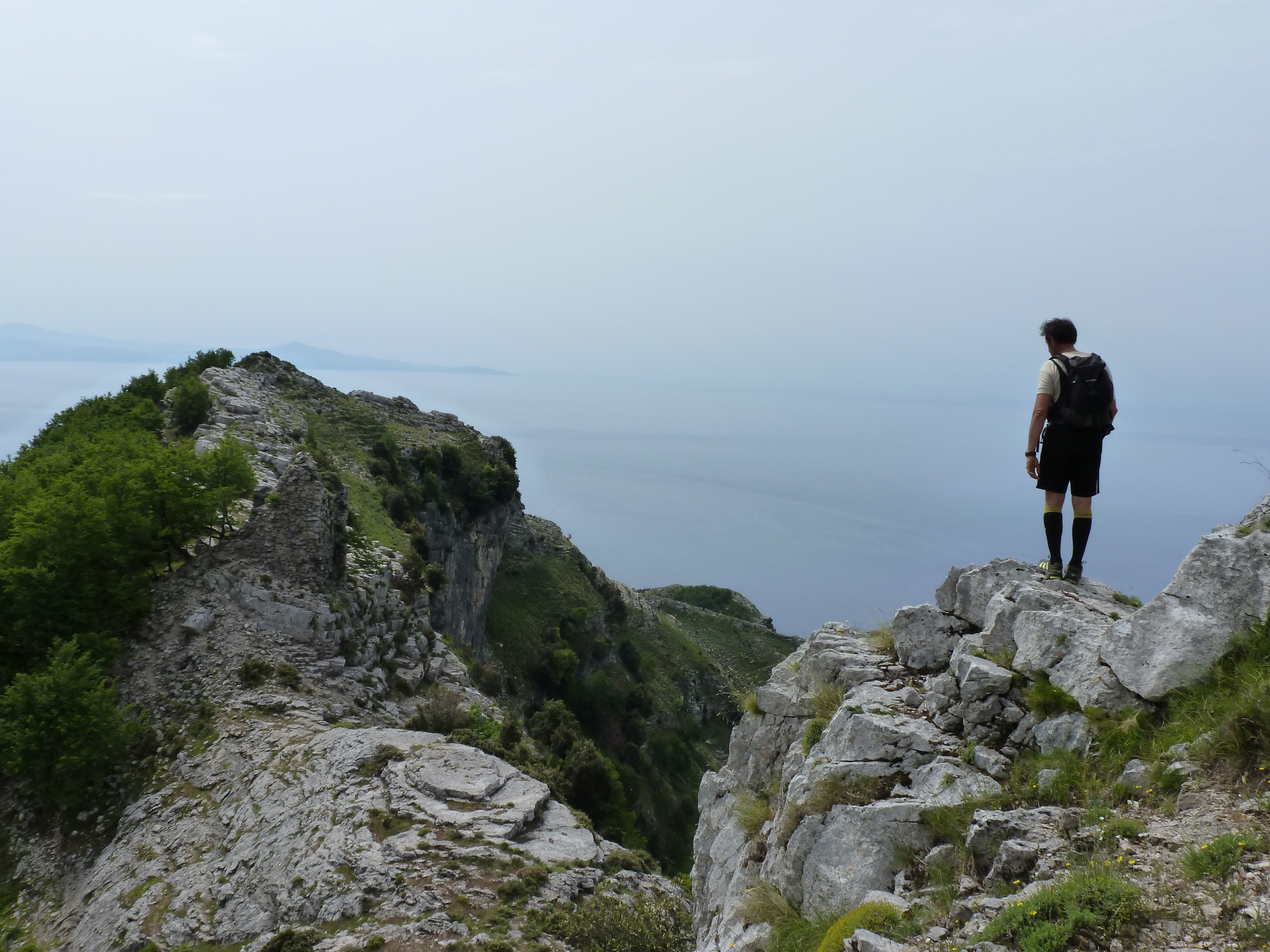 A long but easy excursion that leads to high plateaus around about 1000 m, separating Agerola from Scala and Ravello; two historical and artistic jewels of the Amalfi Coast that you can reach after having admired it from above. Along the way, sweeping views over the Gulf of Salerno, crystal springs, fresh woodlands and grassy, open spaces that are filled with flowers in the spring.

Path information
Near the entrance of the Gragnano tunnel (in the area of Gemini), you will enter a road to the left (via Traforo), and then after about 30 m, take the left onto a steep, uphill street that soon becomes a mule track paved with stone steps. Follow it all the way up for about 250 m and you will reach the watershed of the main mountain ridge near the ruins of St. Angelo a Jugo. Here it intersects the high Lattari mountain trail (Path CAI 300). Continue to the right, along a long and ample dirt road.
At the junction that occurs after about 800 m, continue to the right onto an uphill path that crosses a Chestnut grove and further on, becomes a cemented track. Around 1 Km further on, at the junction, bear left continuing on the large dirt road that follows the fence of the Valle delle Ferriere Reserve.
After crossing the bulk of Mt. Cervigliano, corresponding to a second junction, keep right, following the mule track that crosses the Plain of Ceraso, until you reach the higher plateau of St. Maria dei Monti. Then at a small alter, you begin to decend steps leading to St. Catherine di Scala, where you continue until you reach the road junction of Scala-Ravello.
To return to Agerola you can take the SITA bus, with a change in Amalfi.

Valuable information and points of interest
Before you enter the path, you can go near the entrance to the 18th century tunnel (to the right of the new one) to observe the ancient construction technique. Then take the path and at the end of the last homes you will walk on some of the best examples of how large and refined the principle mules tracks of the area were. Between the centuries of the Maritime Republic and the openings of the modern roads, they represented the unique means of connecting the various centers. The arrival on the path occurs approximately at the few ruins of the little church of St. Angelo a Jugo, that also served as a lookout to collect and send, towards the coastal area, alarm signals eventually launched from the castle of Pino (see Path 6).
Following the ridge you can admire the panorama towards Naples, the Plain of Sarno and Vesuvius (but if the air is clear, also in the far distance, the mountains of northern Campania). In the section that passes under the summit of Mt. Cervigliano you will encounter a few springs that are as a result of overlapping layers of impermeable tectonic limestone . Subsequently you will travel a landscape of low slopes and flat stretches, which were shaped by erosion and karstifcation, before the mountains of Lattari were elevated to their present heights.
The vegetation alternates between Chestnut groves, Alder and mixed woodlands in which are found the Hornbeam and Beech. In the grassy clearings we have explosions of Bracken fern and, in the spring, the splendid blooming of crocuses and daffodils.
In the sky it is possible to see passing hawks and buzzards, while the red woodpecker could reveal itself with its tapping, and the cuckoo with its unmistakable call. Passing through the ruins of St. Maria dei Monti the thoughts go to St. Alfonso dei Liguori, who would come here to meditate, and also from this landscape traveled by shepherds, draw inspiration for his popular Christmas carol 'Tu scendi dalle stelle' (You come from the stars).
As you descend from the eastern edge of the plateau towards Scala, you will walk on layers of marine limestone from the upper Cretaceous (sometimes fossiliferous), while admiring the beautiful panorama over Mt. del Demanio (the last summit of the mountains of Lattari before the back of the saddle of Cava dei Tirreni), that ends at the sea with the rugged Capo d'Orso.
Closer, almost at our feet, the houses and the churches of Scala and of Ravello, which in the middle is the excavated furrow of the Reginola-Dragon.