Everything is ready. The curtain goes up again In Agerola.
A unique stage on the Amalfi coast which gives, indefatigably, emotions, colors, sounds, notes and flavors. Welcome to the third edition of “Agerola On the Path of the Gods, Festival on the High part of the Amalfi Coast.”
A volcano of feelings and the prestige of artists in a setting where the e chantment of magical places merges with the purity of the traditions and the eternity of ancient flavors. Come to visit us, to savor with us with sensitivity of art and culture that never dies and to fall in love with that feeling that being
Neapolitan, we have deep in our souls.
# Suisentierideglidei is a strong bond with a place and its history and the curiosity to see the many colors of the same sunset paint, with emotions, clear skies.
An image which you will never stop admiring. A breath that contains thousands of new flavors. A harmonious voice that sounds like a choir.
The Festival is an event that becomes a celebration, an anniversary, a must but at the same time an exclusive stop.
A grimace that regains its romantic energy for every new scene.
It’s the story where you are the protagonist. It’s a stage which tells a tale of passion, enthusiasm and beauty. Yes, the same beauty which is in every corner of Agerola and that forces you to fall in love every day , again and again, with this magical land: a land of strong, brave, industrious and hospitable men who
have the wisdom handed down from generations.
Del resto se non hai mai visto un Pulcinella in Paradiso è solo perchè “Pulcinella non muore mai”. It ‘a gesture of love that this year we will offer, in the immortal memory of Roberto Bracco, Francesco Cilea and Salvatore Di Giacomo, three
special awards. Three examples of our Neapolitan soul. Three Pulcinella.
In fact, if you’ve never seen a Pulcinella in Paradise is because “Pulcinell never dies”.


No Calendar Events Found or Calendar not set to Public. 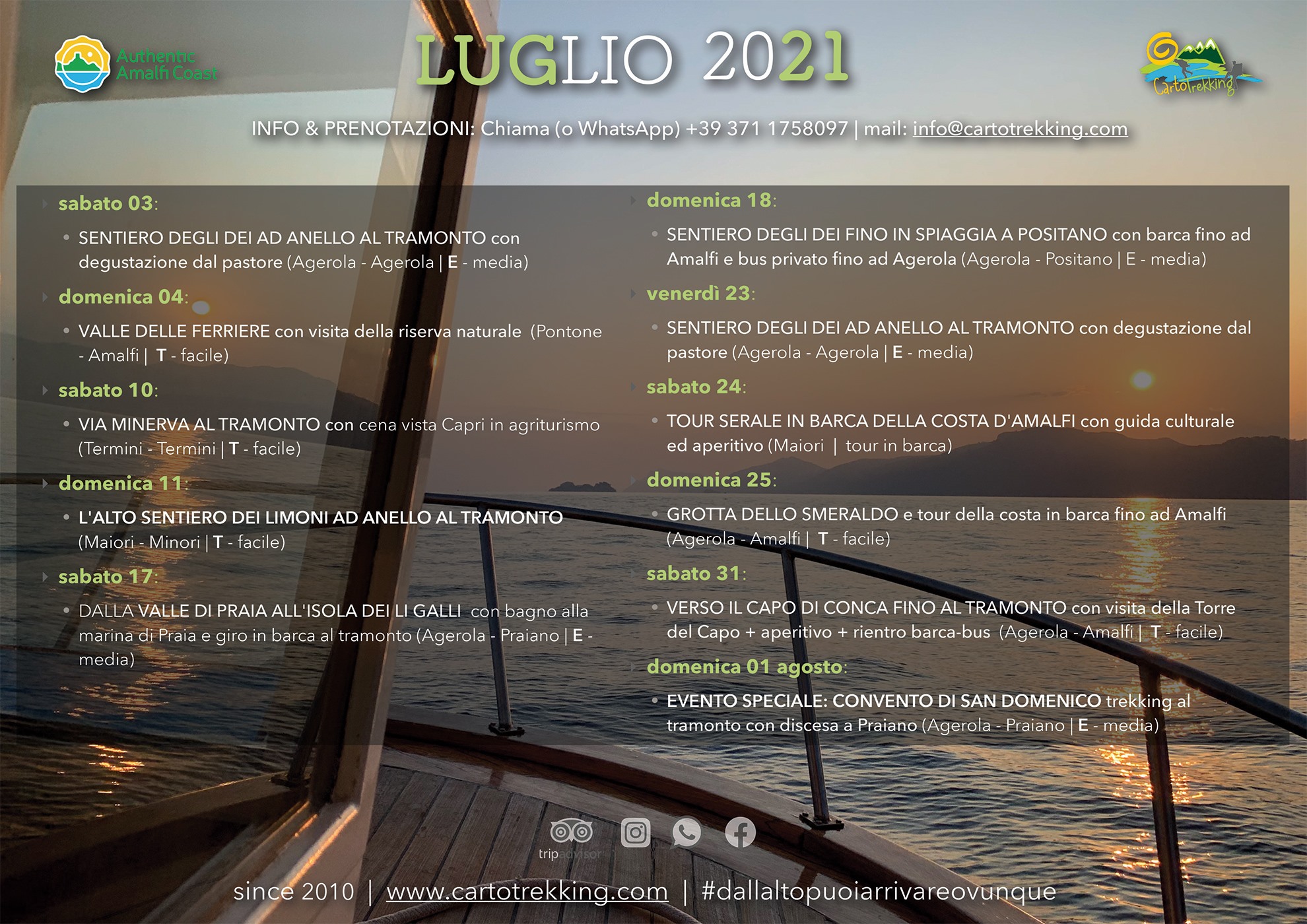